A Basic Guide to the Internet 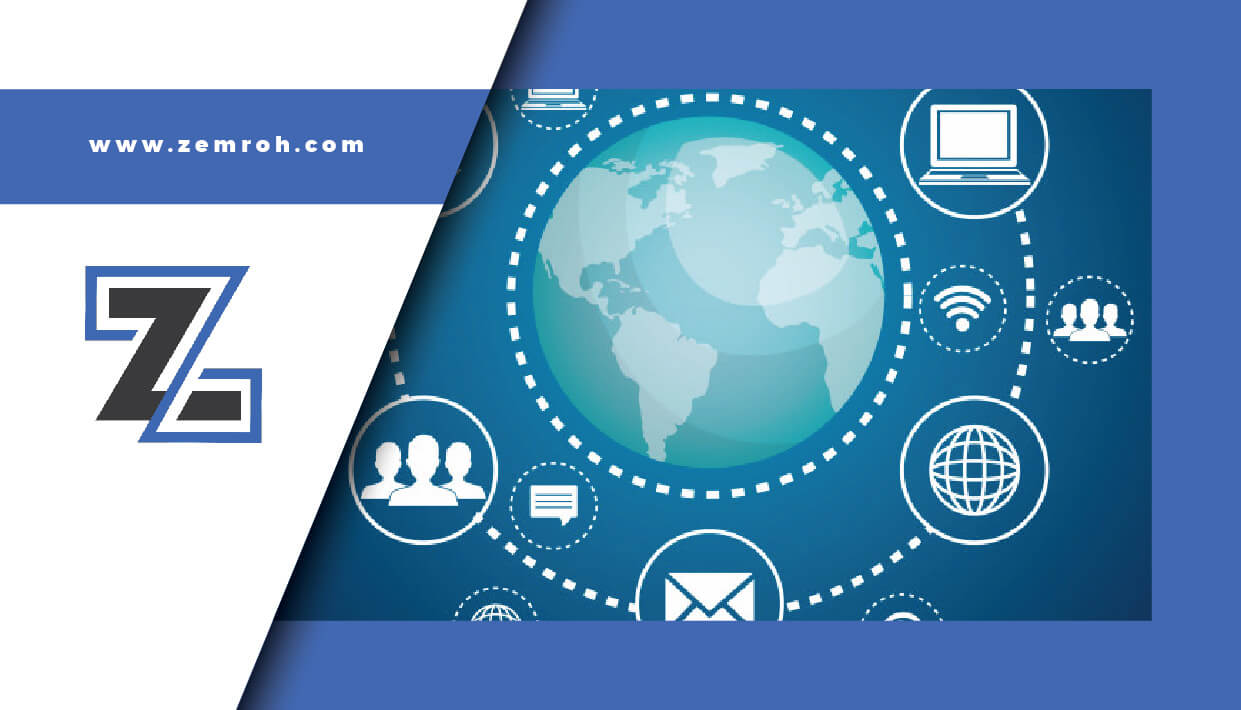 The Internet is a computer network made up of thousands of networks worldwide. No one knows exactly how many computers are connected to the Internet. It is certain, however, that these number in the millions.

No one is in charge of the Internet. There are organizations which develop technical aspects of this network and set standards for creating applications on it, but no governing body is in control. The Internet backbone, through which Internet traffic flows, is owned by private companies.

All computers on the Internet communicate with one another using the Transmission Control Protocol/Internet Protocol suite, abbreviated to TCP/IP. Computers on the Internet use a client/server architecture. This means that the remote server machine provides files and services to the user's local client machine. Software can be installed on a client computer to take advantage of the latest access technology.

The Internet consists primarily of a variety of access protocols. Many of these protocols feature programs that allow users to search for and retrieve material made available by the protocol.

COMPONENTS OF THE INTERNET

The World Wide Web (abbreviated as the Web or WWW) is a system of Internet servers that supports hypertext to access several Internet protocols on a single interface. Almost every protocol type available on the Internet is accessible on the Web. This includes e-mail, FTP, Telnet, and Usenet News. In addition to these, the World Wide Web has its own protocol: HyperText Transfer Protocol, or HTTP. These protocols will be explained later in this document.

The World Wide Web provides a single interface for accessing all these protocols. This creates a convenient and user-friendly environment. It is no longer necessary to be conversant in these protocols within separate, command-level environments. The Web gathers together these protocols into a single system. Because of this feature, and because of the Web's ability to work with multimedia and advanced programming languages, the Web is the fastest-growing component of the Internet.

The operation of the Web relies primarily on hypertext as its means of information retrieval. HyperText is a document containing words that connect to other documents. These words are called links and are selectable by the user. A single hypertext document can contain links to many documents. In the context of the Web, words or graphics may serve as links to other documents, images, video, and sound. Links may or may not follow a logical path, as each connection is programmed by the creator of the source document. Overall, the Web contains a complex virtual web of connections among a vast number of documents, graphics, videos, and sounds.

Producing hypertext for the Web is accomplished by creating documents with a language called HyperText Markup Language, or HTML. With HTML, tags are placed within the text to accomplish document formatting, visual features such as font size, italics and bold, and the creation of hypertext links. Graphics and multimedia may also be incorporated into an HTML document. HTML is an evolving language, with new tags being added as each upgrade of the language is developed and released. The World Wide Web Consortium (W3C), led by Web founder Tim Berners-Lee, coordinates the efforts of standardizing HTML. The W3C now calls the language XHTML and considers it to be an application of the XML language standard.

The World Wide Web consists of files, called pages or home pages, containing links to documents and resources throughout the Internet.

The Web provides a vast array of experiences including multimedia presentations, real-time collaboration, interactive pages, radio and television broadcasts, and the automatic "push" of information to a client computer. Programming languages such as Java, JavaScript, Visual Basic, Cold Fusion and XML are extending the capabilities of the Web. A growing amount of information on the Web is served dynamically from content stored in databases. The Web is therefore not a fixed entity, but one that is in a constant state of development and flux.

Electronic mail, or e-mail, allows computer users locally and worldwide to exchange messages. Each user of e-mail has a mailbox address to which messages are sent. Messages sent through e-mail can arrive within a matter of seconds.

A powerful aspect of e-mail is the option to send electronic files to a person's e-mail address. Non-ASCII files, known as binary files, may be attached to e-mail messages. These files are referred to as MIME attachments.MIME stands for Multimedia Internet Mail Extension, and was developed to help e-mail software handle a variety of file types. For example, a document created in Microsoft Word can be attached to an e-mail message and retrieved by the recipient with the appropriate e-mail program. Many e-mail programs, including Eudora, Netscape Messenger, and Microsoft Outlook, offer the ability to read files written in HTML, which is itself a MIME type.

Telnet is a program that allows you to log into computers on the Internet and use online databases, library catalogs, chat services, and more. There are no graphics in Telnet sessions, just text. To Telnet to a computer, you must know its address. This can consist of words (locis.loc.gov) or numbers (140.147.254.3). Some services require you to connect to a specific port on the remote computer. In this case, type the port number after the Internet address. Example: telnet nri.reston.va.us 185.

Telnet is available on the World Wide Web. Probably the most common Web-based resources available through Telnet have been library catalogs, though most catalogs have since migrated to the Web. A link to a Telnet resource may look like any other link, but it will launch a Telnet session to make the connection. A Telnet program must be installed on your local computer and configured to your Web browser in order to work.

With the increasing popularity of the Web, Telnet has become less frequently used as a means of access to information on the Internet.

FTP stands for File Transfer Protocol. This is both a program and the method used to transfer files between computers. Anonymous FTP is an option that allows users to transfer files from thousands of host computers on the Internet to their personal computer account. FTP sites contain books, articles, software, games, images, sounds, multimedia, course work, data sets, and more.

If your computer is directly connected to the Internet via an Ethernet cable, you can use one of several PC software programs, such as WS_FTP for Windows, to conduct a file transfer.

FTP transfers can be performed on the World Wide Web without the need for special software. In this case, the Web browser will suffice. Whenever you download software from a Web site to your local machine, you are using FTP. You can also retrieve FTP files via search engines such as FtpFind, located at /http://www.ftpfind.com/. This option is easiest because you do not need to know FTP program commands.

One of the benefits of the Internet is the opportunity it offers to people worldwide to communicate via e-mail. The Internet is home to a large community of individuals who carry out active discussions organized around topic-oriented forums distributed by e-mail. These are administered by software programs. Probably the most common program is the listserv.

A great variety of topics are covered by listservs, many of them academic in nature. When you subscribe to a listserv, messages from other subscribers are automatically sent to your electronic mailbox. You subscribe to a listserv by sending an e-mail message to a computer program called a listserver. Listservers are located on computer networks throughout the world. This program handles subscription information and distributes messages to and from subscribers. You must have a e-mail account to participate in a listserv discussion group. Visit Tile.net at /http://tile.net/ to see an example of a site that offers a searchablecollection of e-mail discussion groups.

Majordomo and Listproc are two other programs that administer e-mail discussion groups. The commands for subscribing to and managing your list memberships are similar to those of listserv.

Usenet News is a global electronic bulletin board system in which millions of computer users exchange information on a vast range of topics. The major difference between Usenet News and e-mail discussion groups is the fact that Usenet messages are stored on central computers, and users must connect to these computers to read or download the messages posted to these groups. This is distinct from e-mail distribution, in which messages arrive in the electronic mailboxes of each list member.

Usenet itself is a set of machines that exchanges messages, or articles, from Usenet discussion forums, called newsgroups. Usenet administrators control their own sites, and decide which (if any) newsgroups to sponsor and which remote newsgroups to allow into the system.

There are thousands of Usenet newsgroups in existence. While many are academic in nature, numerous newsgroups are organized around recreational topics. Much serious computer-related work takes place in Usenet discussions. A small number of e-mail discussion groups also exist as Usenet newsgroups.

The Usenet newsfeed can be read by a variety of newsreader software programs. For example, the Netscape suite comes with a newsreader program called Messenger. Newsreaders are also available as standalone products.

FAQ stands for Frequently Asked Questions. These are periodic postings to Usenet newsgroups that contain a wealth of information related to the topic of the newsgroup. Many FAQs are quite extensive. FAQs are available by subscribing to individual Usenet newsgroups. A Web-based collection of FAQ resources has been collected by The Internet FAQ Consortium and is available at /http://www.faqs.org/.

RFC stands for Request for Comments. These are documents created by and distributed to the Internet community to help define the nuts and bolts of the Internet. They contain both technical specifications and general information.

FYI stands for For Your Information. These notes are a subset of RFCs and contain information of interest to new Internet users.

Links to indexes of all three of these information resources are available on the University Libraries Web site at /http://library.albany.edu/reference/faqs.html.

Chat programs allow users on the Internet to communicate with each other by typing in real time. They are sometimes included as a feature of a Web site, where users can log into the "chat room" to exchange comments and information about the topics addressed on the site. Chat may take other, more wide-ranging forms. For example, America Online is well known for sponsoring a number of topical chat rooms.

Internet Relay Chat (IRC) is a service through which participants can communicate to each other on hundreds of channels. These channels are usually based on specific topics. While many topics are frivolous, substantive conversations are also taking place. To access IRC, you must use an IRC software program.

A variation of chat is the phenomenon of instant messenging. With instant messenging, a user on the Web can contact another user currently logged in and type a conversation. Most famous is America Online's Instant Messenger. ICQ, MSN and Yahoo are other commonly-used chat programs.

Other types of real-time communication are addressed in the tutorial Understanding the World Wide Web.

MUD stands for Multi User Dimension. MUDs, and their variations listed above, are multi-user virtual reality games based on simulated worlds. Traditionally text based, graphical MUDs now exist. There are MUDs of all kinds on the Internet, and many can be joined free of charge. For more information, read one of the FAQs devoted to MUDs available at the FAQ site at.

Posting Komentar untuk "A Basic Guide to the Internet" 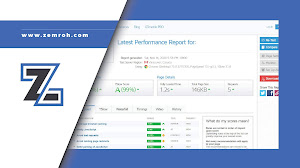 Basic Steps to Get Started with Site Speed

4 Basic Steps to Get Started with Site Speed Hosting Qualit…

A Basic Guide to the Internet

The Internet is a computer network made up of thousands of…